At the meeting of the Scientific Council on the Problems of Philology, 21 topics of the theses discussed
Oct 24, 2016 | 15:47 / Conferences, assemblies

8th meeting of the Scientific Council on Problems of Philology of the Republican Council for Coordination of Scientific Research was held under the chairmanship of Academician Rafael Huseynov.

The meeting discussed the topics of 38 submitting documents, of which 5 for the preparation of doctors of sciences, 33 for the training of doctors of philosophy. The corresponding recommendations are given to doctoral students and dissertators.

From the persons who have submitted documents according to the program of the doctorate, a theme of the doctoral student of philology faculty of the Baku State University Gulgun Aliyeva on "An artistic image of Imadaddin Nasimi in literature of the Turkic-speaking people", doctoral student of Nakhchivan Department Fatima Veliyeva on "Aphorisms in the Azerbaijani language, their linguistic structure analysis and forms of use in dictionaries", dissertator of Institute of linguistics Nagdali Zamanov on "Very tectonics, expressivity and stylistic-grammatical features of the speech of Heydar Aliyev" remained unchanged and the theme of the thesis of the Institute of Manuscripts Gatiba Guliyeva on "Linguistic-textological study of ancient Turkic Uighur monuments" was changed to "Linguistic-textual study of the Turkic-Uygur legal documents of the 6th-10th centuries".

The topic of the doctorate of the Department of Russian Literature of the Baku Slavic University Tofig Yusifov on "The translation of Nazim Hikmet's works in Russia and the problem of repression" was not approved because of the non-compliance of the doctoral specialty.

The event was widely discussed around theses on "The Concept of the Motherland" in English and Azerbaijani languages","The role of the “Igbal” Newspaper in the History of the Azerbaijani Press"," Theme of Azerbaijan in the Turkish Literature of the 20th Century "," Formation and Development of Terminology tourism in the modern Azerbaijani literary language "," Globalization through the English language in educational discourse", "Historicity and modernity in the works of Aziza Jafarzadeh ", etc.

Thus, at a meeting of 38 topics with the introduction of certain changes in the names of sixteen, 24 topics were approved.

©All rights are reserved. Citing to www.science.gov.az is necessary upon using news. 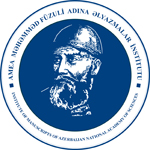 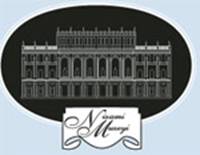